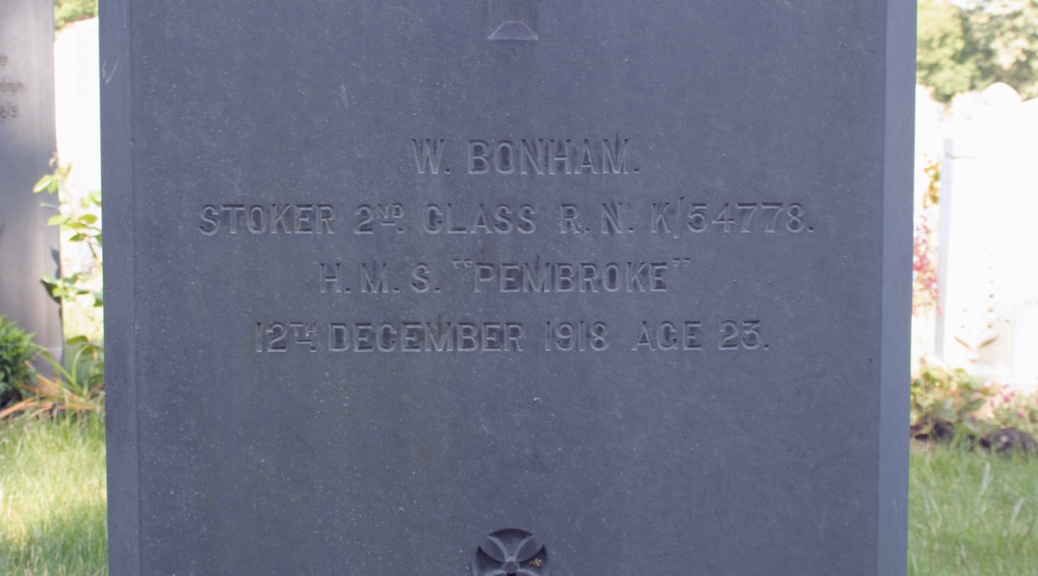 William Bonham was born in Abbeyleix, Queen’s County (now County Laois) on 6th September 1895. One of ten children, his parents were labourer John Bonham and his wife Mary.

Little information about William’s early life is available; when he left school, he found work as a railway porter, but when he was 23, with war having be raging across Europe, he received his enlistment papers.

William joined the Royal Navy on 13th October 1918, and set sail for England. Assigned the role of a Stoker, he was sent to HMS Pembroke – the shore-based establishment at the Naval Dockyard in Chatham, Kent – for training. Less than eight weeks later, however, he was dead.

Stoker Bonham had contracted pneumonia that winter, and died at his home in Chatham on 12th December 1918. He was just 23 years old.

William was laid to rest in the Woodlands Cemetery in nearby Gillingham.