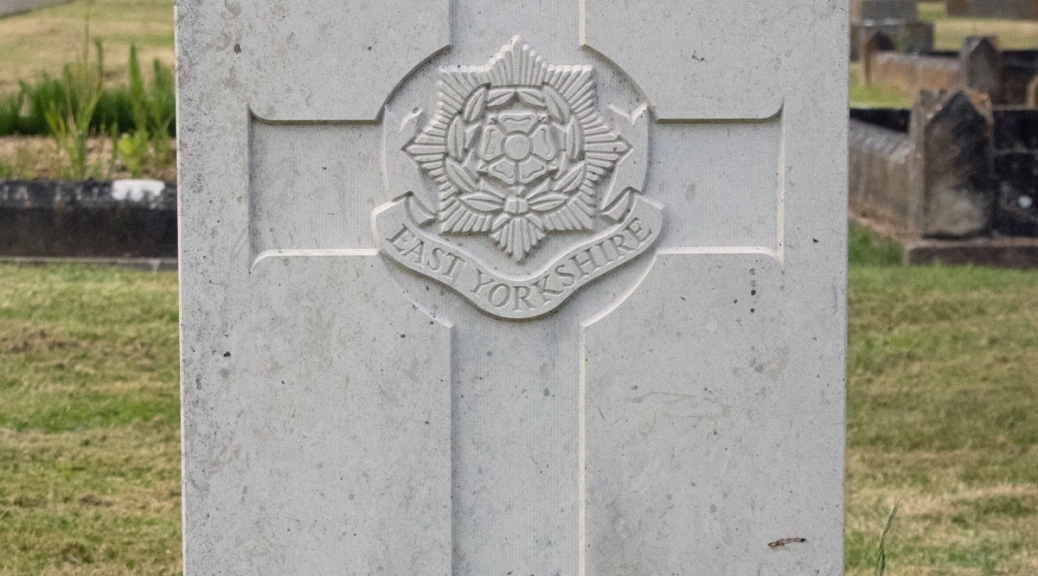 Alonsa Dixon was born in Kingston-upon-Hull, Yorkshire, in 1887, the oldest of seven children to Alonsa and Caroline Dixon. Alonsa Sr was a billiard marker, who raised his family in a small house near the city centre.

Alonsa Jr found work as an errand boy for a grocer when he left school, but went on to find work as a jobbing gardener. By the time of the 1911 census, he had moved out of home, and was boarding with cab driver George Gill and his family.

In April 1912, he married Edith Alice Gill. Trixie, as she was also known, was George’s daughter, and it seems likely that romance blossomed after Alonsa moved in. The couple went on to have a son, also called Alonsa, who was born the following year.

War was coming to Europe, and Alonsa was in one of the first waves of men to volunteer for King and Country. He enlisted in the East Yorkshire Regiment, and was assigned to the 13th Battalion. His service records show that he was 5ft 7.5ins (1.71m) tall, and weighed 144lbs (65.3kg). He was noted as being of good physical development.

Initially serving on home soil, Private Dixon was eventually dispatched overseas, arriving in Egypt in December 1915. Having spent just under three months in North Africa, he was moved to France in March the following year.

Alonsa had some health issues by this point, and was suffering from Bright’s Disease, or nephritis (inflammation of the kidneys). He was treated in a field hospital in Abbeville, but subsequently medically evacuated back to England for further care.

Private Dixon was admitted to the Monastery Hospital in Wincanton, Somerset in April 1916, but his condition proved too severe, and he passed away on 10th July 1916. He was just 29 years of age.

Alonsa Dixon was laid to rest in the cemetery of the town in which he passed away, Wincanton.