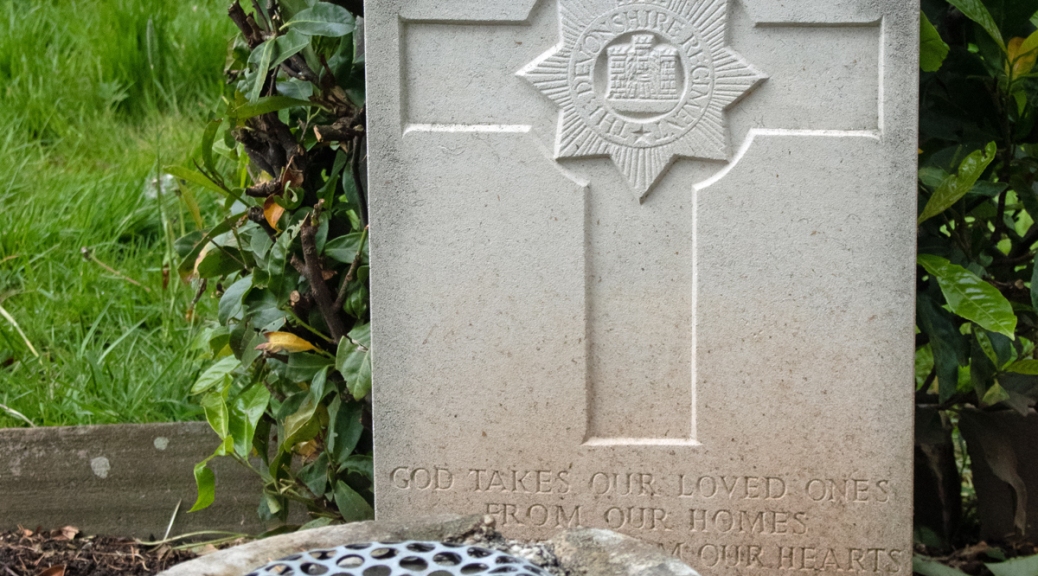 Hubert Stanley Parsons was born towards the end of 1892, the eldest of eight children to Frank and Emily Parsons. Frank was a burner, working in the lime kilns in his home village of Yatton, in Somerset. When he left school, Hubert followed in his father’s footsteps, while his younger siblings found work in the local paper makers and bakers.

Sadly, a lot of Hubert’s military records are lost to time. What is clear is that he enlisted on 22nd September 1915, joining the 10th Battalion of the Devonshire Regiment as a Private. He served on the Western Front, gaining the Victory and British Medals and the 1915 Star in the process.

In November 1915, Private Parsons’ battalion was moved to Salonika, Greece, to help fight on the Serbian front. Whether Hubert ever fought in the Balkans is not known; the next – and last – time he appears in documentation is in the Register of Soldiers’ Effects. This confirms simply that he died in hospital on 27th March 1917. The cause and location are not known, but he was just 24 years of age.

Hubert Stanley Parsons lies at rest in the graveyard of St Mary’s Church in Yatton, Somerset.