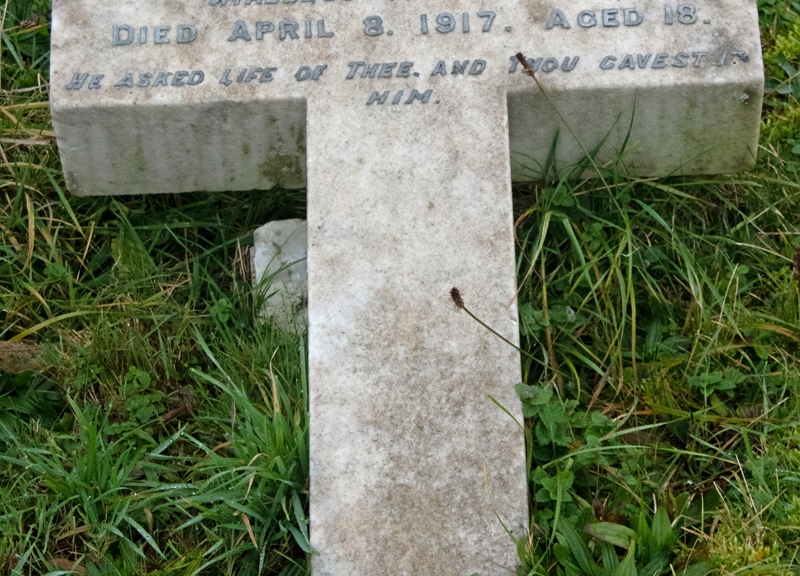 George William Burroughs was born in 1899, the eldest of two sons to harness maker Stratton Burroughs and his wife Alexandra. George was born in Warminster, Wiltshire, but the family soon moved closer to Alexandra’s family in Somerton, Somerset.

The 1911 census found the young family living in Market Place in the centre of Somerton, with a visitor, fancy goods seller Joseph Cazes from Constantinople.

George seems to have enlisted almost as soon as he was old enough to do so, giving up his job as a school teacher (surprising given he was only 17 at the time). He signed up for the Royal Engineers in January 1917, gaining the role of Pioneer.

Sadly, his time in the services was very short. Within weeks of being posted, Pioneer Burroughs was admitted to hospital with meningitis, an illness that was becoming more widespread within the armed forces.

Tragically, after a month in the Norton Barracks Military Hospital in Worcestershire, George passed away from the disease. He was just 18 years old.

George William Burroughs lies at rest in the cemetery of his home town of Somerton.