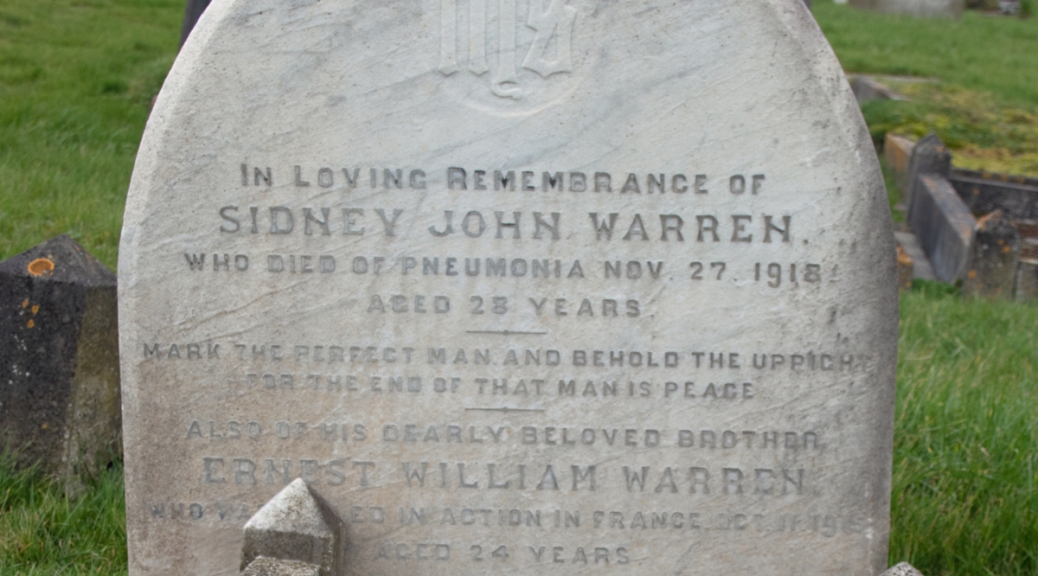 Sidney John Warren was born in January 1890, one of eleven children to shipwright George Warren and his wife Elizabeth. The family lived in Salmon Parade, on the riverside in Bridgwater, where George would have plied his trade. By the time of the 1911 census, Sidney had found work as a grocer’s assistant, and was living with his parents and the youngest of his brothers, Edward.

While exact details of Private Warren’s military career are not available, documents confirm that he enlisted in the Somerset Light Infantry. Assigned to the 4th Battalion, he was based in India and Mesopotamia during the conflict. No details are available of his time there, but at some point, he transferred to the Labour Corps back in Somerset.

And there Sidney’s trail goes cold. He survived the war, but passed away on 27th November 1918, suffering from pneumonia. He was just 28 years old.

Sidney John Warren lies at rest in the family grave at St John’s Cemetery in his home town of Bridgwater in Somerset.