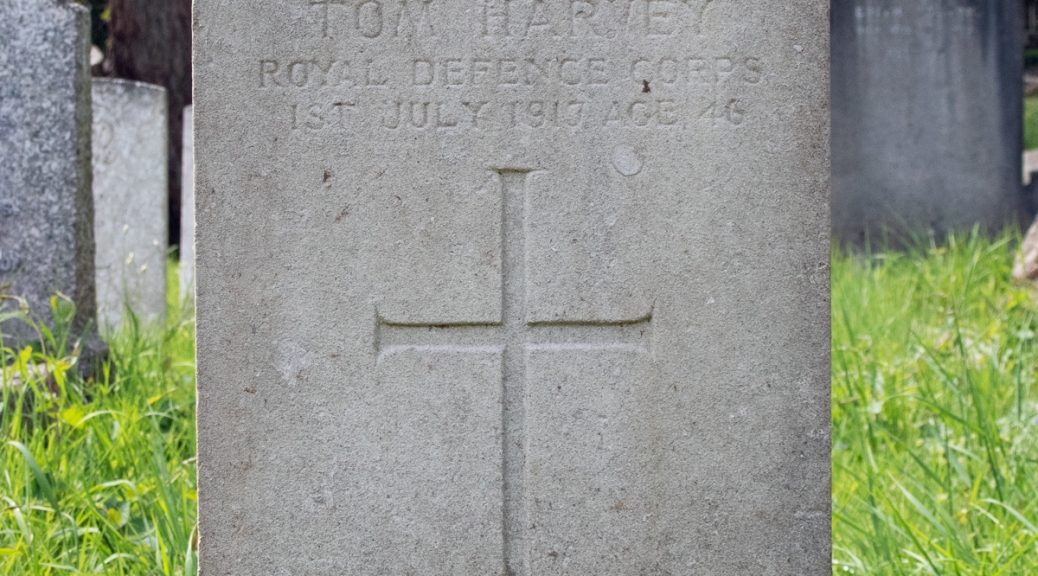 Tom Harvey was born in the spring of 1871, one of four children to John and Caroline. John was a fly driver, hiring out a pony and trap for a fee, while his wife brought in extra money working as a laundress. The family lived in Weston-super-Mare, on the Somerset coast, in a town house they shared with another family, the Painters.

Details of Tom’s early life is a bit sketchy. The 1891 census lists him as a Private in the Royal Marine Light Infantry, with his address as the Royal Naval Hospital in East Stonehouse, Plymouth, where he was ‘receiving treatment’. Sadly, none of his military records survive, so there is nothing to confirm his dates of service.

In 1894, demobbed and working as a cab driver in his home town, Tom married a woman called Sarah. Little other information exists about her, but what is known is that she worked as a dressmaker to supplement her husband’s income, and the couple did not go on to have any children. The couple lived in Hopkins Street, near the centre of Weston-super-Mare, and initially took in boarders to help finances.

By the time war broke out in 1914, Tom was in his forties. Eventually called back into service, he joined the 261st Company of the Royal Defence Corps and, with the role of Serjeant, he would have had men under his command. The 261st was part of Southern Command, which provided a territorial defence force, or Home Guard, and a lot of his time was spent in Birmingham.

It was while he was home on leave that Tom fell ill. The local media picked up the story:

The death occurred on Sunday under sudden circumstances of Sergeant Tom Harvey, Royal Defence Corps… The deceased was proceeding to his residence… when he fell, and was only able to give his address and to state that he was suffering from chronic indigestion before he expired. Prior to joining up as a National Volunteer, the deceased has been engaged as an omnibus driver.

Tom Harvey was 46 years old when he died. He was laid to rest in the Milton Cemetery in his home town of Weston-super-Mare.