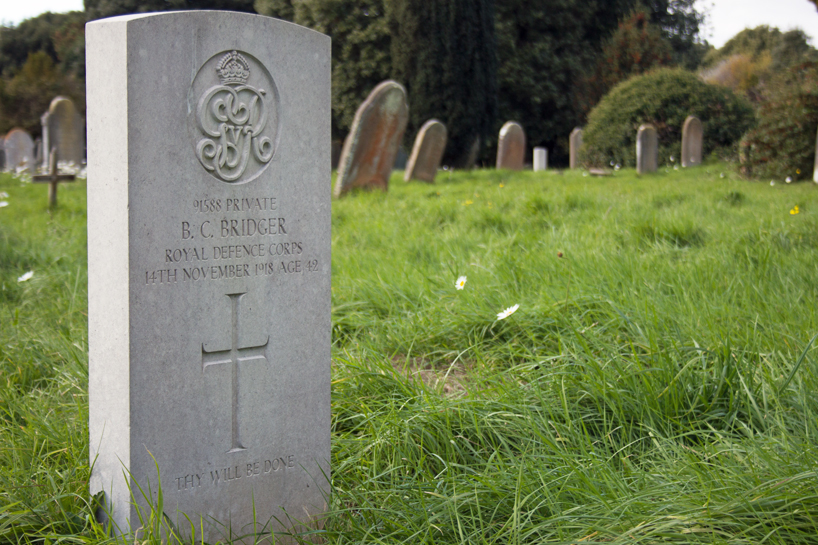 Bertie Charles Bridger was born in the summer of 1876, one of nine children to William and Anne. William was a carman for the railway, and the family lived close to the central station in Worthing.

When Bertie left school, he followed in his father’s trade and, by the time of the 1901 census, was working as a groom and carman alongside his father and older brother, Arthur.

Bertie came to the notice of the local court when, in February 1900 he was called up to the Petty Sessions. He was fined for ‘cruelly ill-treating a horse by working it into an unfit state’ [Sussex Agricultural Express: Friday 9th February 1900], and ordered to pay a total of 18 shillings.

In the spring of 1904, Bertie married Ethel Gray, a carpenter’s daughter from Essex, who had found employment as a parlour maid for a Worthing solicitor. The couple would go on to have two children, Bertie Jr, who as born in 1905, and Leonard, born seven years later.

By the time of the 1911 census, the young Bridger family were living near the main railway station in a two-up, two-down property, where Bertie Sr was still plying his trade as a carman at the station.

War was coming, however, and in the summer of 1915, Bertie enlisted in the Royal Defence Corps. He was assigned as a Private to the 452nd Protection Company and, while his exact duties remain unclear, it is likely that he would have been involved with horses at some level, given his experience.

Private Bridger’s service appears to have mainly been spent on home soil, although, towards the end of the conflict he was sent to Ireland. It was while he was there, that he came down with influenza, which then turned into pneumonia. He was admitted to the Military Hospital in Curragh, but he died of the conditions on 14th November 1918, three days after the Armistice was signed. He was 42 years old.

The body of Bertie Charles Bridger was brought back to Sussex, and he was laid to rest in the Broadwater Cemetery to the north of Worthing. The local newspaper commented that:

Previous to his enlistment the deceased soldier was an outside porter at the Railway Station for nearly thirty years, and the sympathy of a wide circle of friends will be extended to his widow and two children.