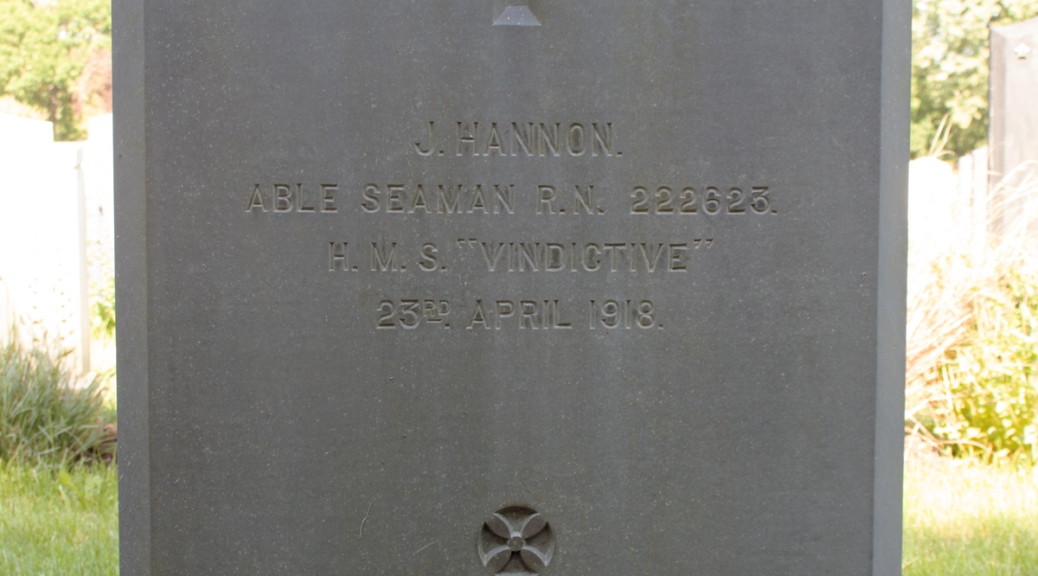 John Hannon (or Hannan) was born on 9th November 1885, in the Cork village of Ladysbridge. He was one of ten children to labourer Michael Hannon and his wife, Kate.

Given his proximity to the coastal port of Cork, it is no surprise that John sought adventure on the high seas. In May 1903, he joined the Royal Navy as a Boy, and served on HMS Black Prince. His enlistment papers gave his height as 5ft 4ins (1.62m), and recorded that he light brown hair, blue eyes and a sallow complexion. He also had a tattoo on each wrist.

As soon as he turned eighteen, on 9th November 1903, he was formally signed up, and given the rank of Ordinary Seaman. Over the next eighteen months, he served on two more ships – HMS Minotaur and the training ship HMS Boscawen – and was promoted to Able Seaman in August 1905.

John’s naval career continued apace up until the Great War. When hostilities broke out, he was assigned to HMS Tiger, and served on the ship at the Battles of Dogger Bank (1915) and Jutland (1916).

At the start of 1918, Able Seaman Hannon was transferred to HMS Hindustan; this was one of the many ships that supported the Zeebrugge Raid on the 23rd April. The plan was to scuttle a number of ships in the entrance to the Zeebrugge Canal in Belgium, thus preventing the German Navy from launching into the North Sea.

Over 1700 men were involved in the raid and heavy fighting left close to 300 sailors dead, with a similar number wounded. Sadly Able Seaman Hannon was one of those to lose their lives in the battle. He was just 32 years old.

John Hannon’s body was brought back to England; he was laid to rest in the Woodlands Cemetery in Gillingham, Kent, close to the Naval Dockyard in Chatham that he had occasionally called home.