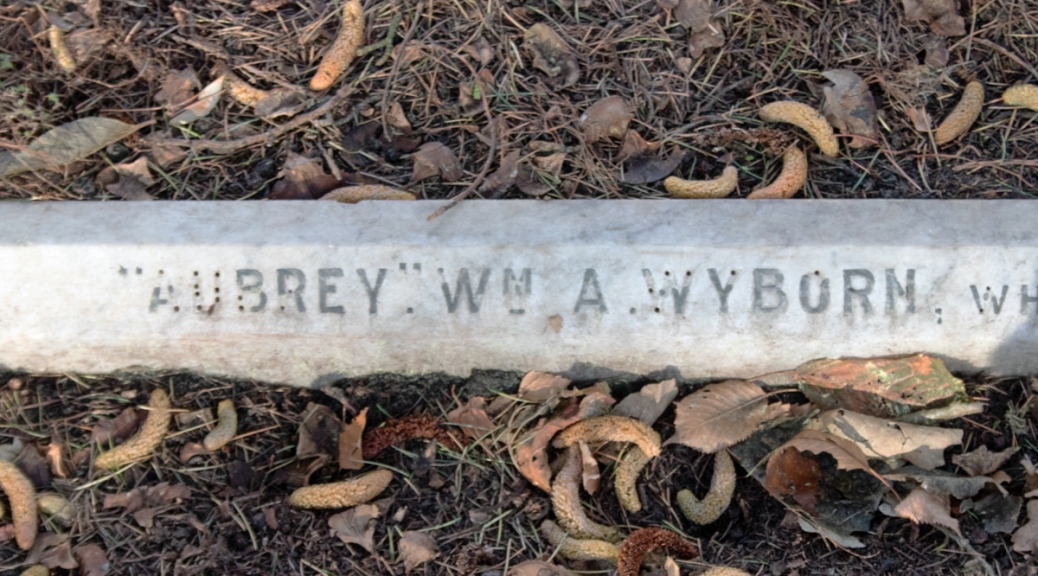 William Aubrey Wyborn was born on 15th November 1897, the middle of three children to farmer-cum-greengrocer-cum-butcher Henry Wyborn and his wife, Esther. The family lived in the Kent village of Tilmanstone, not far from Deal, but soon moved to Faversham in the north of the county.

William joined the West Lancashire Royal Field Artillery in June 1916 and was sent to Aldershot for training. sadly, Gunner Wyborn’s career was to be cut short – while training, he contracted diphtheria and pneumonia, passing away from a combination of the illnesses on 3rd November 1916. He was just short of his 19th birthday.

William Aubrey Wyborn was brought back to Kent for burial. He lies at rest in the family plot in the Faversham Borough Cemetery.