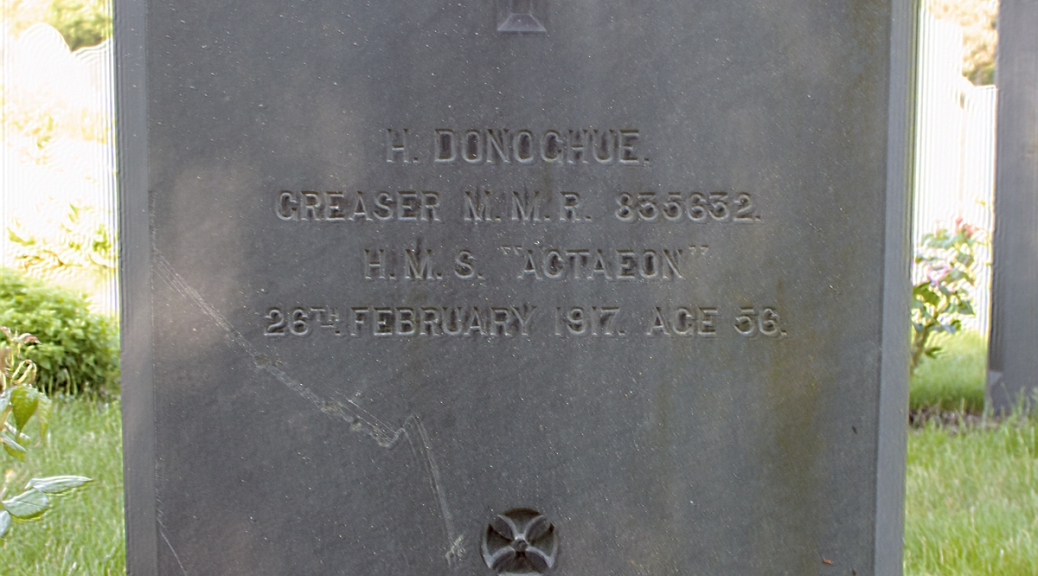 Humphrey Donoghue was born in Kerry, Southern Ireland, on 13th December 1859. He was the oldest of two siblings, boys to John and Mary Donoghue. John was a labourer who, by the time Humphrey’s younger brother was born, had moved the family to the village of Llantarnam in South Wales, presumably for work.

Humphrey seemed to be looking for adventure, and the trip across the Irish Sea may have been the spur for that. By the time of the 1891 census, he was recorded as being a Stoker on board HMS Tretis. This was a screw corvette ship which, on the day of the census, was plying the waters of the Pacific.

Sadly, full records of Humphrey’s life at sea are no longer available, so it’s not possible to track his progress over the following years. It would seem that he Stoker Donoghue persisted with his naval career, continuing through what would have been his initial twelve years’ service. Whether he had any breaks in that service is unknown, but he was certainly still serving – or had been called back into duty – by the time of the Great War. His gravestone confirms that was serving as a Greaser – maintaining the engines – on HMS Achtaeon.

The next available document for Humphrey is the record of his death. He passed away on 26th February 1917, at the Royal Naval Hospital in Chatham, Kent, having been admitted there with pneumonia. He was 57 years old.

Humphrey Donoghue was laid to rest in the Woodlands Cemetery in Gillingham, Kent, close to the Naval Dockyard where he may have been based.