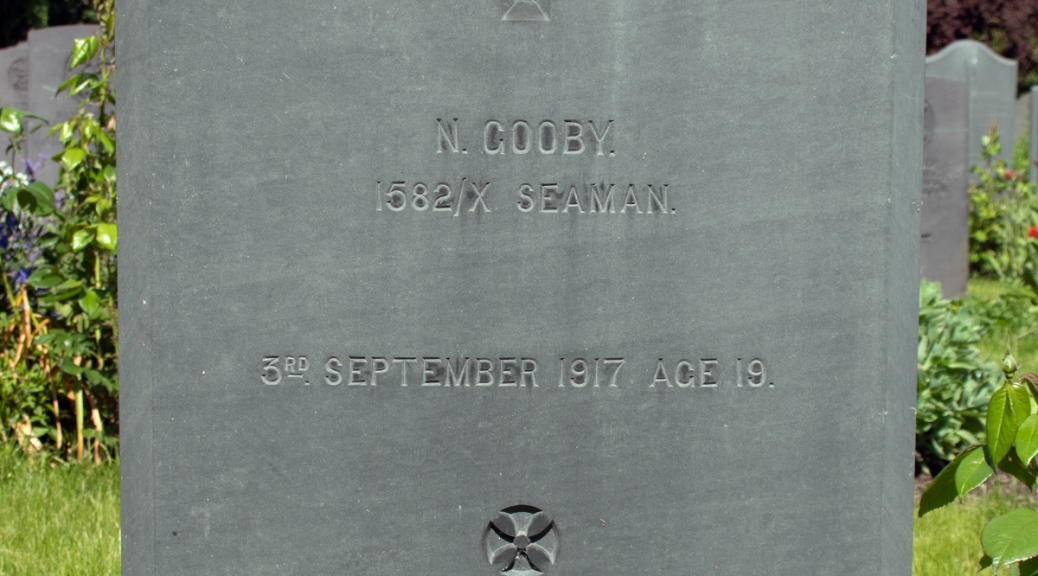 Nathaniel Gooby was born on 28th October 1897, the only son of William Gooby and his third wife, Margaret. Both of William’s previous wives – Tryphena and Amelia – had died before their time, but Nathaniel had six half-siblings, up to forty years older than him.

William was a carpenter, who had been born in England, but had moved to Newfoundland when he was young, and this is where he lived and raised his families.

Sadly, very little documentation remains to evidence Nathaniel’s life. He enlisted as a Seaman in the Royal Naval Reserve, potentially after war was declared (he would have been 16 years old at the outbreak of the conflict). By the summer of 1917 he was based at HMS Pembroke – the Royal Naval Dockyard in Chatham, Kent.

That summer was a busy time for the Dockyard, and temporary accommodation had been set up for the influx of military personnel based there. Seaman Gooby was billeted at Chatham Drill Hall and was sleeping there when the first night air raid was carried out by the German Air Force on 3rd September 1917. The Drill Hall received a direct hit, killing 98 servicemen – Nathaniel included. He was just 19 years of age.

Nathaniel Gooby was laid to rest in the Woodlands Cemetery in nearby Gillingham, along with the other victims of the Chatham Air Raid.