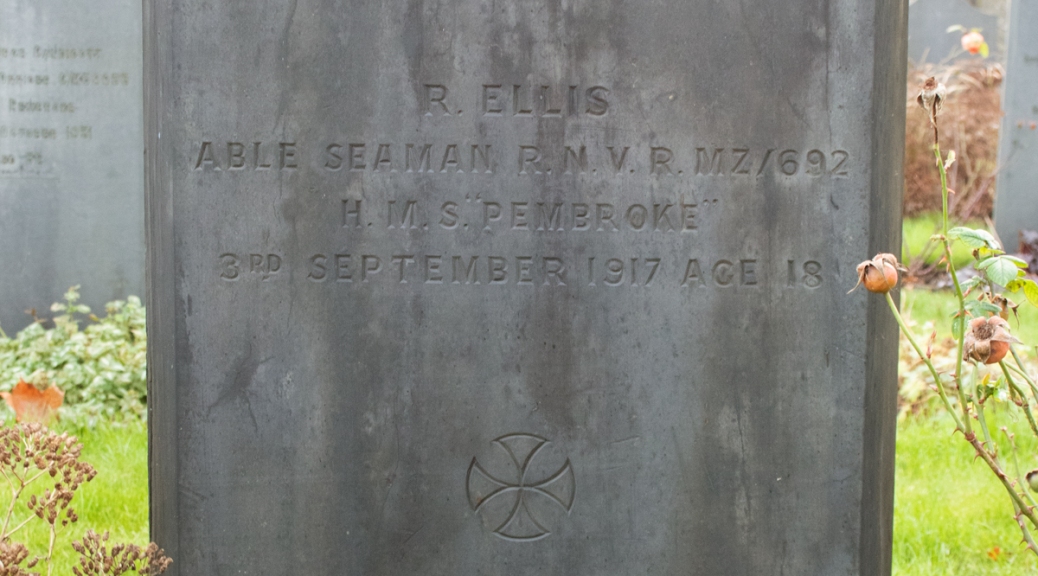 Raymond Ellis was born on 10th August 1898, the youngest of eleven children to Thomas and Elizabeth. Thomas was a former army officer from North Wales. He had met and married Elizabeth Moseley while living in Worcestershire in the 1870s, before moving the family to Oxfordshire ten years later. By the time Raymond was born, the family had moved back to Wales again, and were living in Llandygai, not far from Bangor in Caernarvonshire, where Thomas was working as slate quarry inspector.

By the time of the 1911 census, Thomas had found other employment, and was working as the caretaker for a telephone exchange. This is where one of his daughters was employed, and was also where Raymond himself found work when he left school.

War was coming to Europe by this point, however, and, on 23rd September 1915, Raymond enlisted in the Royal Navy Volunteer Reserve for a period of three years. His service records show that he was 5ft 4.5ins (1.64) tall, had red hair, blue eyes and a fresh complexion. He was given the rank of Able Seaman and, after a month at HMS Victory – the Naval Dockyard in Portsmouth, Hampshire – was given his first posting, on board HMS Wallington.

Able Seaman Ellis came on shore at HMS Pembroke, the Royal Naval Dockyard in Chatham, Kent, on 17th July 1917. The base was a particularly busy place at that point in the war and additional accommodation was desperately needed. Raymond found himself billeted at Chatham Drill Hall, away from the main barracks.

On the night of 3rd September 1917, Chatham suddenly found itself in the firing line, as the German Air Force launched a bombing raid. One of the bombs landed squarely on the Drill Hall, and Able Seaman Ellis was killed. He was just 18 years old.

Ninety-eight servicemen perished during the Chatham Air Raid that night. They were buried in a mass funeral at the Woodlands Cemetery in nearby Gillingham. This, too, is where Raymond Ellis was laid to rest.